How is the Government Shutdown Affecting Texans? 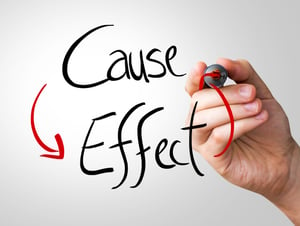 The United States in now in the third week of a partial shutdown of the federal government. There's much uncertainty among furloughed federal workers and citizens throughout the country. Here in Houston, as everywhere else in the U.S., people are wondering what may be the consequences to their own lives if the shutdown continues deeper into 2019.

The government shutdown is the latest unfortunate outcome of the impasse between President Trump and the U.S. Congress regarding the president's promise to build a barrier wall along the U.S. border with Mexico. The wall is estimated to potentially extend 700 to 900 miles of the approximately 1,900 miles of the border. Now after 18 days, the government is approaching a 24-year record length of closure, soon to exceed the 21-day shutdown of 1995.

Some parts of the government have remained open during the current shutdown. The U.S. Postal Service and law-enforcement agencies are still working, and other areas of the government are currently funded. However, partial closure has impacted operations of a number of extensive governmental departments, causing about 800,000 of the United States' approximately two million federal employees to be unpaid as long as the shutdown continues.

How is the shutdown of the federal government affecting people in Texas?

The Internal Revenue Service is impacted

The Internal Revenue Service is one of the agencies impacted by the partial shutdown. Processing of federal tax returns and taxpayers' refunds may be delayed due to backlog that has already built up during these first two and a half weeks of the shutdown. If the IRS remains closed, tax-return processing may be more severely delayed.

IRS operations affected by the shutdown are also slowing down processing of financial transactions for Texas home buyers, college students and other residents of the state. This is because many mortgage lenders and student-loan financing companies, etc., require income verification in the form of IRS transcripts. Those records are not being transmitted while most of the IRS is closed.

The U.S. justice system is partially shut down

Areas of the federal court system have become seized up, as U.S. Department of Justice employees are furloughed and federal district courts operating in Texas attempt to keep functioning and pay employees until next weekend. The federal Justice Department attorneys are reportedly allowed to pursue only a very reduced range of activities during the shutdown.

The situation in the judiciary threatens to hinder many civil cases, causing them to progress at an even slower rate than usual. Perhaps most notably, even the federal government's monumental case against the Affordable Care Act, initiated in Texas, has been thwarted by the shutdown. The government's lawyers remain unable to move forward in the federal district courts in Texas, reportedly due to restrictions on DOJ attorneys' activities during the partial shutdown.

Many airport security employees are not on the job

Transportation Security Administration (TSA) employees in airport security are supposed to continue working during the shutdown, but without receiving pay. Consequently, at the Dallas-Fort Worth International Airport, the number of employees missing work is reportedly between double to triple the usual total. A Dallas-Fort Worth union authority reportedly has predicted that the situation will become much worse over the next couple of weeks, as employees don't get paychecks.

There are currently thousands of federal workers in Texas who are required to continue working without being paid as long as the government remains partially closed. Some furloughed federal workers employed in Texas may be eligible to collect state unemployment insurance benefits. Reportedly, a Texas unemployment administration official has confirmed that by the start of this week, over 1,800 claims for unemployment benefits had already been received by federal employees affected by the shutdown.

Federal Border Patrol agents are still working, but without being paid. Most of the immigration courts, which operate under the U.S. Department of Justice, are closed. Only those courts that hear cases of currently detained immigrant are being allowed to remain in operation. The closures are causing extreme delays in processing new immigration cases.

The backlog of cases is growing. Reportedly, there are about 119,000 immigration cases pending in Texas, of the over 800,000 nationwide. It has been estimated that court dates for immigration cases scheduled during the shutdown may be postponed for several years.

Maintenance of national parks in Texas has been abandoned

The 14 national parks located throughout Texas remain open, but there are no essential services operating in the parks. Road maintenance and trash collection are not being done, leading to potentially hazardous safety and health conditions on roads, in recreational areas, and at necessary facilities for visitors in the parks. The Department of the Interior is reportedly scheduled to fund increases in needed services at some parks with high visitor traffic by charging entrance fees. However, it is unclear which parks might resume services.

The Tough Law Firm consists of civil trial attorneys serving clients in Houston, The Woodlands and the greater Harris and Montgomery County areas and throughout the state of Texas. For information, call (281) 681-0808, or email us at info@toughlawfirm.net.